Holly was enjoying the Park Avenue lush life when she was fêted with this lovely 39th birthday party. The only downside was when she discovered that her name had been misspelled on the birthday cake! Video by Nelson Sullivan. 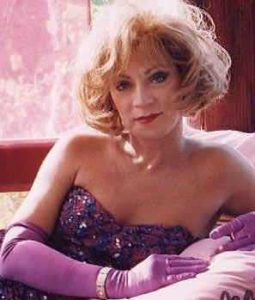 As an Amazon Associate I may earn a commission from qualifying purchases. Links to ebay may also result in the same.